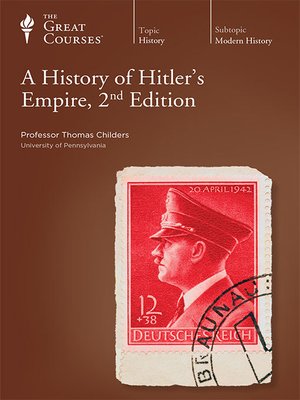 Know thy enemy. That's what the wisdom of history teaches us. And Adolf Hitler was surely the greatest enemy ever faced by modern civilization. Over half a century later, the horror, fascination, and questions still linger:

Dr. Thomas Childers is Sheldon and Lucy Hackney Professor of History at the University of Pennsylvania, where he has been teaching for over 25 years. He earned his bachelor's and master's degrees from the University of Tennessee and his Ph.D. in H...

More about Thomas Childers
A History of Hitler's Empire, 2nd Edition
Copy and paste the code into your website.
New here? Learn how to read digital books for free