A Thief in Stickleback Hollow 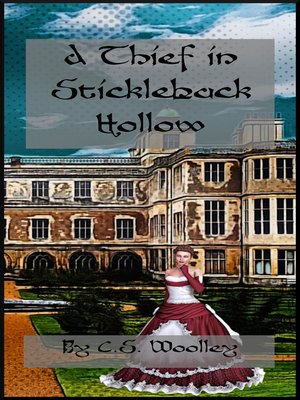 The Mysteries of Stickleback Hollow

After her parents die, a break-in should be the least of Lady Sarah's worries, but after the groundskeeper is blamed for the theft, it is clear that the thief is after more than a simple pocket watch.

Orphaned by a mysterious fever, Lady Sarah Montgomery Baird Watson-Wentworth must leave behind the freedom of her life in India for the confinements of Victorian England. But rather than navigating the intrigues of London society, Lady Sarah finds herself as a guest of Brigadier Webb-Kneelingroach in Grangeback Manor - a country estate on the edge of the eccentric village of Stickleback Hollow. As Lady Sarah finds space to think about her future and grieve for her lost parents, a break-in at Grangeback throws Lady Sarah's life into more turmoil, especially as the thief seemed to only be after one thing - the pocket watch that had belonged to Lady Sarah's father.

The main suspect is the groundskeeper at Grangeback, the young, surly, but handsome Alexander Hunter. Lady Sarah is not as convinced of his guilt as the newly formed police are. With nothing but logic and instinct to help her, Lady Sarah must join forces with Constable Arwen Evans to clear Mr. Hunter's name and find the real thief before they disappear with all that Lady Sarah has left of her father.

Can the unlikely trio stop the machinations of a thief or will they find themselves outmatched by forces far beyond their ken?

When her parents die from fever, Lady Sarah Montgomery Baird Watson-Wentworth has to leave India, a land she was born and raised in, and travel to England for the first time.

Finding it almost impossible to adjust to London society, Sarah flees to the county of Cheshire and the country estate of Grangeback that borders the village of Stickleback Hollow.

The year is 1837. Colonel Montgomery Baird and Lady Watson-Wentworth are dead leaving their only daughter, Sarah, a rich and eligible orphan.

Despite many suitors, Lady Sarah has no desire to marry any of the men in India and is sent to England to stay with relatives in London. But London isn't a place that a girl who has spent her life running through the jungles of India can feel at home.

Trying to find somewhere to belong, Lady Sarah travels to Cheshire to the seemingly sleepy village of Stickleback Hollow where the Grangeback Estate of Brigadier George Webb-Kneelingroach can be found.

Yet Stickleback Hollow is not as quiet as it first appears to be. Not long after Lady Sarah arrives in Cheshire, a break-in at Grangeback sees the gamekeeper, Mr. Alexander Hunter arrested and Bosworth, the butler, hospitalised. But there is more to the break-in than meets the eye.

With Lady Sarah's help, Constable Evans and Mr. Hunter must work together to find out who the real culprit is and what motive they have for breaking into Grangeback Manor.

In a book filled with local, national and international history, not everything is as simple as it first appears in the first of these charming Victorian tales that will leave your heart racing.

The Mysteries of Stickleback Hollow