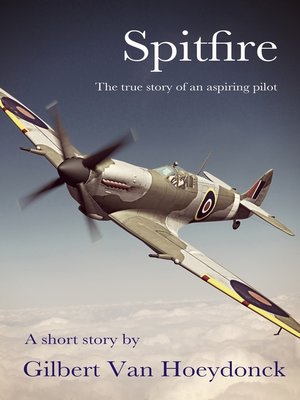 FictionLiterature
As a child in World War II, Gilbert Delcon refused to seek shelter when the air raid sirens went off over his village in Belgium. Enthralled by the sleek lines of the Spitfires, he ran outside to watch the planes pass overhead. Ten years later, he sought to fulfil his dream of one day flying a 'Spit'. But how reliable were these machines, which the Belgian airforce had purchased from the RAF?
FictionLiterature

Gilbert F. J. Van Hoeydonck is an Australian writer based in Melbourne. He grew up in Belgium and studied Dutch and English at the University of Antwerp. In 1978 he took up a limited tenure lectureship in Dutch Language and Literature at the Unive...

More about Gilbert Van Hoeydonck
Spitfire
Copy and paste the code into your website.
New here? Learn how to read digital books for free