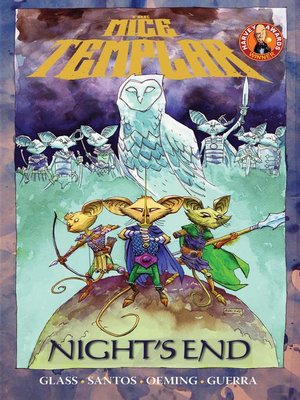 "NIGHT'S END" On the last night of the world as it was, the restored Order of the Templar marches against the fortress stronghold of mad King Icarus. Yet as they lay siege without the guidance of Karic, the heroic young mouse that overcame their generations of prejudice and division, will everything they fight for prove lost to the horrors that arrive with the coming dawn? One Night! One glorious, terrifying battle! Where every Legend—Dream, Destiny, and Prophecy— will collide for the fate of the world they know! The grand finale of a 10-year creator-owned vision! Featuring a foreword by BRIAN MICHAEL BENDIS!