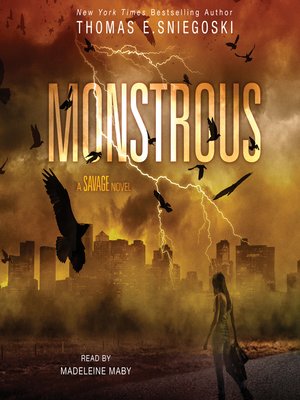 View more libraries...
The city of Boston isn't prepared for the coming storm in this sequel to the "unpredictable" (VOYA) and "fast-paced" (School Library Journal) Savage from New York Times bestselling author Thomas E. Sniegoski.
Sidney and her friends have survived the storm that came to the small island of Benediction, bringing with it almost unimaginable darkness and horror. But now the storm has reached Boston. The terror continues as Sidney and her friends work to protect the city from the newly crazed rampage of animals and try to figure out the origins of the storm and its power.