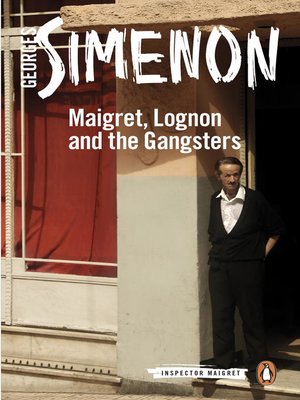 Maigret, Lognon and the Gangsters

Inspector Maigret goes up against a group of American gangsters and finds he just might have met his match
In Maigret's latest adventure, the Inspector learns that his hapless colleague Lognon is being menaced by some notorious American mobsters, and he makes it his mission to bring them to justice, despite threatening warnings that he is out of his depth. As the stakes get higher, Maigret must rely on intel from his FBI friend in Washington, D.C., as well as his own ingenuity, to smoke the Americans out before they can complete the job and silence his star witness—permanently.
FictionMysterySuspenseThriller

Maigret, Lognon and the Gangsters
Copy and paste the code into your website.
New here? Learn how to read digital books for free