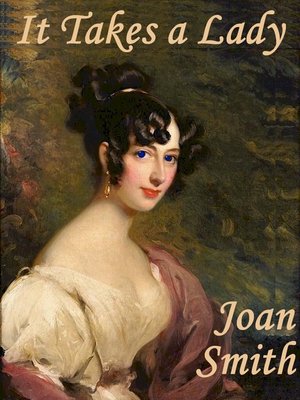 It Takes a Lady

Lizzie Warwick was now a do-gooder who had mistaken Lord Carbury's flirtation for the real thing five years ago. Now she solicited his help for his cousin Tommy, who had been accused of stealing a ruby necklace. Lizzie knew he hadn't done it and knew who had. But Carbury was confused by the change in her, and her newly adventurous, if dumbfounding, spirit. Regency Romance by Joan Smith; originally published by Belgrave House/Regency Reads

It Takes a Lady
Copy and paste the code into your website.
New here? Learn how to read digital books for free