Edward I, King of England 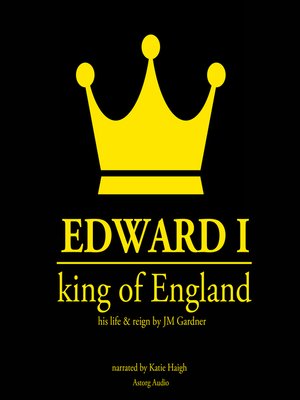 King Edward I "Longshanks", or the "Hammer of the Scots", was a major figure of Medieval England. Arguably one of the most controversial British monarchs, he was portrayed as an ignominous villain in Mel Gibsons' Braveheart; but the reality was different. Indeed, his reign stands among the most dramatic and important of the entire Middle Ages, as Edward I brought war and conquest on an unprecedented scale; but he is also credited for bringing together the largest parliaments ever, for his competent rulership, and for the magnificent chain of castles he had built. Edward I was a fierce character, feared and respected; he travelled to the Holy Land, conquered Wales, fought against France and notably came to extreme lengths to make financial way for his military campaigns. Discover the fascinating reign of this ruthless king, who used the legends of King Arthur to shape Britain's destiny, and who left a long-lasting mark on its political structures.