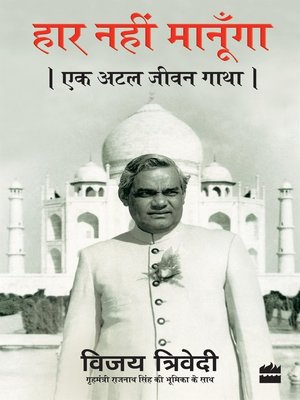 Biography & AutobiographyHistoryNonfiction
There is rarely a moment in history where all political parties give their consent to something without any debate or controversy. There is often some amount of unspoken opposition even in unanimity. But when the ruling NDA government decided to confer the Bharat Ratna, India's highest civilian honour, on India's ex-PM Atal Bihari Vajpayee, not a single party raised a voice of dissent. They all unanimously welcomed the decision to honour one of the greatest political leaders of the country who also served the nation thrice as a Prime Minister: first for 13 days, then for 13 months followed by a five-year term, the first PM outside Congress to have achieved that feat. What is so special about Atal Bihari Vajpayee's persona that makes him so popular across parties and ideologies? Was he really 'the right man in the wrong party'? This biography decodes the statesman, political stalwart, the journalist and the poet who is considered to be one of the most successful prime ministers India's ever had.
Biography & AutobiographyHistoryNonfiction

Haar Nahi Manoonga
Copy and paste the code into your website.
New here? Learn how to read digital books for free