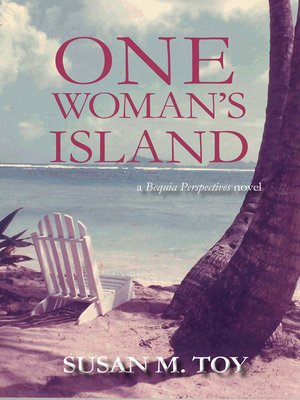 Running away from Canada, Mariana hopes to forget a failed marriage and the death of her husband by embarking on a whole new life. She moves lock, stock, and two cats to the small Caribbean island of Bequia. But the move brings more than she could have imagined. New friends ask her to help solve a recent murder in the expat community. And then there's the problem of her neighbours, a young woman and her children. Seemingly abandoned by family and friends, Mariana believes they need her help! By becoming involved, Mariana is carried along from wanting to simply "live with the locals" to being overwhelmed by their culture, one so vastly different to what she had left behind in Canada that she doesn't know who among her expat friends she can turn to for advice. So she carries on regardless and discovers that Bequia isn't exactly the tropical paradise it had promised to be.

One Woman's Island is the second novel in the Bequia Perspectives series that picks up again a few months in time after the first novel, Island in the Clouds.

One Woman's Island
Copy and paste the code into your website.
New here? Learn how to read digital books for free