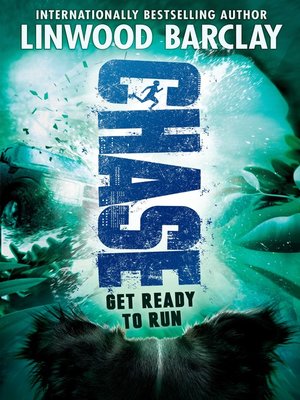 View more libraries...
The Incredible Journey meets Gordon Korman's On the Run in this exciting middle-grade thriller.
Chipper is a very special dog. He's part of a multi-million dollar experiment at a secret organization known only as The Institute. The Institute has been experimenting with dogs, melding them with state-of-the-art computer technology. But there's a problem with Chipper. His natural dog instincts often overrule his computer side. No matter what he's doing, if he sees a squirrel or a mouse, he'll drop everything to chase it. So The Institute has decided it's time to pull the plug on Chipper. Chipper manages a daring escape with a destination in mind, but a team from the Institute, led by the cold-hearted Daggert, is hot on his heels.

Twelve-year-old Jeff Conroy lives with his aunt and helps run her business, a lakeside cabin-rental operation that caters to fishermen. Jeff desperately misses his parents, who were killed in a plane crash a year earlier. But at least he's made one friend: Emily, whose ex-cop father owns a similar business down the lake. And Emily, a computer whiz, has the coolest fort ever: a trackless, abandoned train station in the middle of the forest.

After eluding his would-be captors, Chipper boards a bus and ends up in the country, only to be hit by a truck that Jeff is driving (underage). Jeff takes Chipper to the train station to nurse him back to health, and it's here that he and Emily discover a computer port in Chipper's collar, and once Emily hooks her laptop to it, she and Jeff discovers that Chipper's arrival is not random. He has been looking for Jeff — and now so is Daggert ...