They are Trying to Break Your Heart 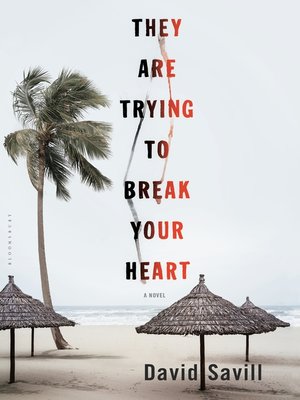 View more libraries...
For fans of William Boyd, a literary thriller that ranges across decades and continents, weaving together the 2004 tsunami with the civil war in Bosnia and the personal with the political.
In 1994, Marko Novak's world is torn apart by the death of his best friend, Kemal, a young soldier in the darkest days of the Bosnian war. After the funeral, Marko flees to England, hoping to put his broken homeland, and the part he played in the loss of his friend, behind him.
In 2004, human rights researcher Anya Teal is following a tenuous lead in the hunt for a Bosnian man with blood on his hands. She is also clinging to the fragile hope that she can rebuild a relationship with her first love, William Howell. When Anya invites Will to join her on a Christmas holiday in the Thai beach resort of Khao Lak, she hopes the holiday will offer them the chance to unpick the mistakes of their past. But Khao Lak may also be home to the man Anya is looking for-a man with a much darker history.
What nobody knows is that a disaster as destructive as a war is approaching, detonated in the seabed of the Indian Ocean, one that will connect the fates of Marko, William, and Anya, across the years and continents. In its wake, everything Marko thought he knew will be overturned.