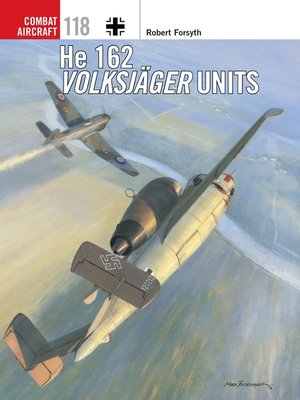 With the Third Reich on the brink of defeat Hitler's instructions to his designers were clear. He wanted a Volksjäger – a People's Fighter that was quick to produce and used minimal quantities of strategic materials. Heinkel rose to the challenge with the He 162, a fighter constructed of wood and metal that was designed, built and flown in the staggeringly short time of ten weeks. Professional pilots were in short supply, and so the Luftwaffe was ordered to man the He 162 with hastily trained members of the Hitler Youth – a flawed plan that fortunately never came to fruition.
Detailed aircraft profiles and never before seen photographs perfectly complement the analysis of the revolutionary Heinkel He 162 as author Robert Forsyth traces its entire history, from the early design and production through to its limited combat experience.