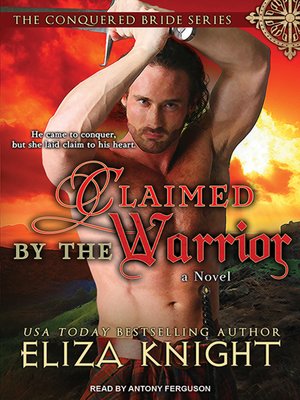 Claimed by the Warrior

FictionLiteratureRomanceHistorical Fiction
A widower, Laird Torsten Mackenzie, has worked long and hard to regain the respect his clan deserved after his older brother turned traitorous. Even in death, Cathal's crimes remain a mar on Torsten's conscience. Setting aside his grief, Torsten devotes his life to his people and to his young, motherless daughter. When a rival clan attacks his lands unprovoked, he's determined to put them in their place once and for all. Marching on their gates, he's taken by surprise when Lady MacDonell steps through the opening instead of her wayward husband. Reacting impulsively, Torsten exacts his revenge by whisking her away. Headstrong and fierce, Éabha MacDonell's true nature has been buried for six long years in a marriage that fills her with shame and that has kept her tucked in the shadows. But the death of her husband, and being forced from the only home she's ever known, brings freedom in a way she'd never imagined. It leaves her free to rediscover parts of herself she'd thought never to behold again-her love of art, her desire for children. But most of all, she now feels the tug at her heart, the warmth of a secret glance, and the heat of a passionate embrace. Contains mature themes.
FictionLiteratureRomanceHistorical Fiction

Eliza Knight is the bestselling author of several historical romance series. Her many Scottish romance titles include The Highlander's Reward and Conquered by the Highlander. Eliza runs the award-winning blog History Undressed.

More about Eliza Knight
Claimed by the Warrior
Copy and paste the code into your website.
New here? Learn how to read digital books for free