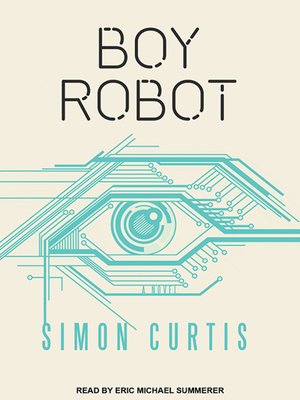 Science FictionYoung Adult FictionYoung Adult Literature
In a single night, Isaak's life changed forever. His adoptive parents were killed, a mysterious girl saved him from a team of soldiers, and he learned of his own dark and destructive origin-an origin he doesn't want to believe, but one he cannot deny. Isaak is a Robot: a government-made synthetic human, produced as a weapon and now hunted, marked for termination. He and the Robots can only find asylum with the Underground-a secret network of Robots and humans working together to ensure a coexistent future. To be protected by the Underground, Isaak will have to make it there first. But with a deadly military force tasked to find him at any cost, his odds are less than favorable. Now Isaak must decide whether to hold on to his humanity and face possible death . . . or to embrace his true nature in order to survive, at the risk of becoming the weapon he was made to be.
Science FictionYoung Adult FictionYoung Adult Literature

Simon Curtis is an actor, singer, and songwriter. He has appeared on Disney Channel and Nickelodeon, and his music has been featured on billboard.com. Boy Robot is his first novel.

More about Simon Curtis
Boy Robot
Copy and paste the code into your website.
New here? Learn how to read digital books for free