The Twelve Lives of Samuel Hawley 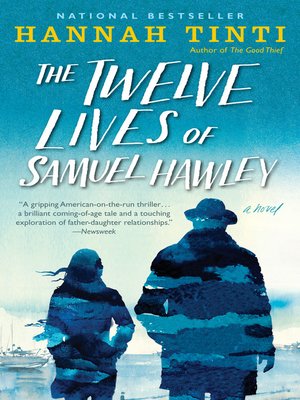 “One part Quentin Tarantino, one part Scheherazade, and twelve parts wild innovation.”—Ann Patchett, #1 New York Times bestselling author of Commonwealth
NAMED ONE OF PASTE’S BEST NOVELS OF THE DECADE • NAMED ONE OF THE BEST BOOKS OF THE YEAR BY NPR • The Washington Post • Paste
Samuel Hawley isn’t like the other fathers in Olympus, Massachusetts. A loner who spent years living on the run, he raised his beloved daughter, Loo, on the road, moving from motel to motel, always watching his back. Now that Loo’s a teenager, Hawley wants only to give her a normal life. In his late wife’s hometown, he finds work as a fisherman, while Loo struggles to fit in at the local high school.
Growing more and more curious about the mother she never knew, Loo begins to investigate. Soon, everywhere she turns, she encounters the mysteries of her parents’ lives before she was born. This hidden past is made all the more real by the twelve scars her father carries on his body. Each scar is from a bullet Hawley took over the course of his criminal career. Each is a memory: of another place on the map, another thrilling close call, another moment of love lost and found. As Loo uncovers a history that’s darker than she could have known, the demons of her father’s past spill over into the present—and together both Hawley and Loo must face a reckoning yet to come.
Praise for The Twelve Lives of Samuel Hawley
“A master class in literary suspense.”—The Washington Post
“Tinti depicts brutality and compassion with exquisite sensitivity, creating a powerful overlay of love and pain.”—The New Yorker
“Hannah Tinti’s beautifully constructed second novel . . . uses the scars on Hawley’s body—all twelve bullet wounds, one by one—to show who he is, what he’s done, and why the past chases and clings to him with such tenacity.”—The Boston Globe
“The Twelve Lives of Samuel Hawley is an adventure epic with the deeper resonance of myth. . . . Tinti exhibits an aptitude for shining a piercing light into the corners of her characters’ hearts and minds.”—O: The Oprah Magazine