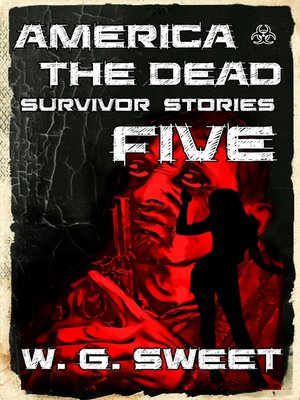 America The Dead, no. 5 · America the Dead

Bob and Jan Dove are also with us. I don't know what I would do without Jan. She is level headed where I am impulsive, a thinker; where I tend to just act. A good balance. Bob has an idea of rebuilding his peoples' lands. He's Native American, and so is Jan. It sounded crazy when he first said it, but after I thought about it, it began to make sense to me.
Lydia is the other member of our party. She hates me. That's because Tom wants me, and she wants Tom. Maybe that will fix itself before I have to fix it by leaving and going on my own.
Today we decided to see if the city was any better on the other side of the river. It isn't. We crossed the river, the Black river, on a railroad trestle. There is a traffic bridge, and it looks passable, but it's clogged with cars and some of those cars look purposely placed to block it off. That creeped me out.
We walked across the trestle, carefully, and went up State street. There's a store there, a supermarket, and we found tracks in the snow. One person. A man I would guess from the boot tread.
I cannot tell you what that was like. Seeing a footprint left by someone else. Someone else alive in this whole mess. I felt connected to him. I can't say it or explain it any better than that. Like a connection existed forever and I only had to find it. I tried to explain it to Lydia but she just shrugged. We have this thing with Tom between us though. She wants him; he wants me. I don't want him. It could be so goddamn simple, but it isn't.
Except the footprints. Maybe the footprints are the answer. I think they are. I believe they are. We just need to find the person, the man, that goes with those footprints and... And I don't know. I really don't. But I think he'll know.
The only bad thing today, we came across a dead man laying crumpled by the side of the road. I could have sworn he moved, so I hurried to him. But as I got closer, I could see that he was dead. Long dead. We stood for a moment and then walked on. Later when we came back he was gone, and I thought, was he dead? Was he? But I know that he was. I suppose that wild dogs or something got him. We didn't talk about it, but it bothered all of us.

America the Dead Survivor Stories Five
Copy and paste the code into your website.
New here? Learn how to read digital books for free