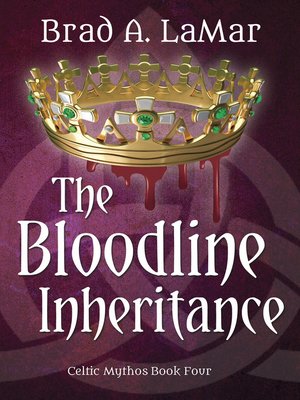 View more libraries...
"The Celtic Mythos series has a group of characters that I just adore and a story that is beyond amazing."– Because Reading is Better than Real Life Blog
Magicks and humans, friends and enemies, ally themselves in a battle to save all realms in Book Four of the Celtic Mythos series...
In his quest to become an Immortal, Elathan seeks the Emerald Crown of the World, which holds a magic so ancient and powerful that its been hidden from all realms. As Earth's rightful Protector, only Brendan stands a chance to stop the golden god, to save the Earth and her inhabitants.
But when Brendan falls under a curse that poisons his mind, Lizzie, Dorian, Frank, and their friends must band together to save him while Elathan grows in power.
" Award-winning author LaMar skillfully brings out the Irish in all of us." – Dave Edlund, USA Today Bestselling Author
"Brad LaMar has a flowing style of writing that really puts you in the story and helps you to connect with the characters." – Nights, Goodreads
"Great story telling and so many wonderful characters." – Milton, Goodreads
Don't miss the shocking conclusion of the Celtic Mythos series!
The Celtic Mythos
1. The Obsidian Dagger
2. The Megalith Union
3. The Dominion Pulse
4. The Bloodright Inheritance