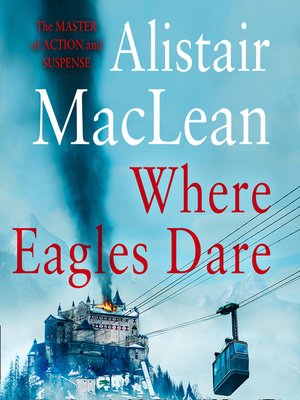 FictionSuspenseThrillerHistorical Fiction
The classic World War II thriller from the acclaimed master of action and suspense. One winter night, seven men and a woman are parachuted onto a mountainside in wartime Germany. Their objective: an apparently inaccessible castle, headquarters of the Gestapo. Their mission: to rescue a crashed American general before the Nazi interrogators can force him to reveal secret D-Day plans.
FictionSuspenseThrillerHistorical Fiction

More about Alistair MacLean
Where Eagles Dare
Copy and paste the code into your website.
New here? Learn how to read digital books for free