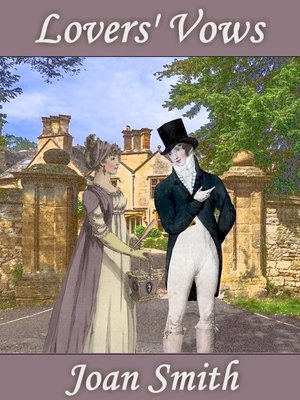 Holly McCormack had no beauty but combined a beautiful voice with a witty tongue and a sensible approach to life. She lived with her aunt and beautiful cousin Jane near the Abbey, Lord Dewar's home. He announced he would produce Romeo and Juliet, with Jane to star. Holly found herself immersed with costumes, nagging Dewar to accomplish things for the neighborhood, and falling in love. Regency Romance by Joan Smith; originally published by Fawcett Coventry

Lovers' Vows
Copy and paste the code into your website.
New here? Learn how to read digital books for free