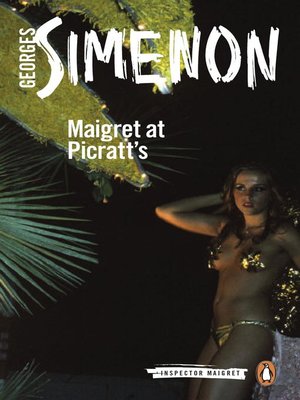 When a Montmarte stripper overhears a plot to murder a countess, Inspector Maigret is on the case

Arlette, a beautiful young dancer at Picratt's in Montmartre, reports to her local police station that she overheard two men at her club talking about planning to kill a countess. The police don't think much of the claim—that is, until a few hours later when Arlette is found in her room, strangled to death. The police scramble to track down the men in question, but the next day the Countess von Farnheim, a drug addict living not far from Picratt's, is found strangled. When Arlette's own identity turns out to have been falsified, Inspector Maigret steps in and must dive into Paris's seedy underbelly to discover the truth—before the killers can slip away.
FictionMysterySuspenseThriller

Maigret at Picratt's
Copy and paste the code into your website.
New here? Learn how to read digital books for free