ebook ∣ The Story of the Andes Survivors 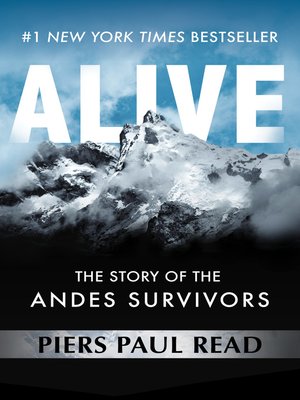 View more libraries...
The #1 New York Times bestseller and the true story behind the film: A rugby team resorts to the unthinkable after a plane crash in the Andes.
Spirits were high when the Fairchild F-227 took off from Mendoza, Argentina, and headed for Santiago, Chile. On board were forty-five people, including an amateur rugby team from Uruguay and their friends and family. The skies were clear that Friday, October 13, 1972, and at 3:30 p.m., the Fairchild's pilot reported their altitude at 15,000 feet. But one minute later, the Santiago control tower lost all contact with the aircraft. For eight days, Chileans, Uruguayans, and Argentinians searched for it, but snowfall in the Andes had been heavy, and the odds of locating any wreckage were slim.

Ten weeks later, a Chilean peasant in a remote valley noticed two haggard men desperately gesticulating to him from across a river. He threw them a pen and paper, and the note they tossed back read: "I come from a plane that fell in the mountains . . ."

Sixteen of the original forty-five passengers on the F-227 survived its horrific crash. In the remote glacial wilderness, they camped in the plane's fuselage, where they faced freezing temperatures, life-threatening injuries, an avalanche, and imminent starvation. As their meager food supplies ran out, and after they heard on a patched-together radio that the search parties had been called off, it seemed like all hope was lost. To save their own lives, these men and women not only had to keep their faith, they had to make an impossible decision: Should they eat the flesh of their dead friends?

A remarkable story of endurance and determination, friendship and the human spirit, Alive is the dramatic bestselling account of one of the most harrowing quests for survival in modern times.