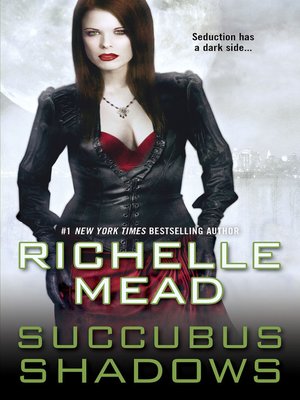 In this urban fantasy, a malevolent force seeks to destroy a succubus as she struggles to be a bridesmaid in her ex's wedding.

Georgina Kincaid has formidable powers. Immortality, seduction, shapeshifting into any human form she desires, walking in heels that would cripple mere mortals—all child's play to a succubus like her...

Helping to plan her ex-boyfriend's wedding is a different story. Georgina isn't sure which is worse—that Seth is marrying another woman, or that Georgina has to run all over Seattle trying on bridesmaid dresses. Still, there are distractions. Georgina's roommate, Roman, is cluttering her apartment with sexual tension. Then there's Simone, the new succubus in town, who's intent on corrupting Seth.

But the real danger lies in the mysterious force that's visiting her thoughts, trying to draw her into a dark, otherworldly realm. Sooner or later, Georgina knows she'll be too weak to resist. And when that happens, she'll discover who she can trust, who she can't—and that Hell is far from the worst place to spend eternity...

Praise for #1 New York Times–bestselling author Richelle Mead and her Succubus series
"Richelle Mead delivers sexy action and tongue-in-cheek hellish humor—if damnation is this fun, sign me up!"—Lilith Saintcrow, author of The Devil's Right Hand
"This is one of those series I'm going to keep following."—Jim Butcher, New York Times bestselling author of the Harry Dresden series
"The mix of supernatural mystery, romance, and reluctant succubus is great fun."—Locus
"Mead cooks up an appetizing debut that blends romantic suspense with a fresh twist on the paranormal, accented with eroticism."