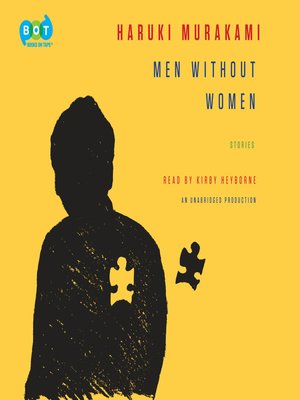 FantasyFictionLiteratureShort Stories
"Haruki Murakami's Men Without Women examines what happens to characters without important women in their lives; it'll move you and confuse you and sometimes leave you with more questions than answers." —Barack Obama
A dazzling new collection of short stories—the first major new work of fiction from the beloved, internationally acclaimed, Haruki Murakami since his #1 best-selling Colorless Tsukuru Tazaki and His Years of Pilgrimage.
Across seven tales, Haruki Murakami brings his powers of observation to bear on the lives of men who, in their own ways, find themselves alone. Here are vanishing cats and smoky bars, lonely hearts and mysterious women, baseball and the Beatles, woven together to tell stories that speak to us all.
Marked by the same wry humor that has defined his entire body of work, in this collection Murakami has crafted another contemporary classic.
FantasyFictionLiteratureShort Stories

Men Without Women
Copy and paste the code into your website.
New here? Learn how to read digital books for free