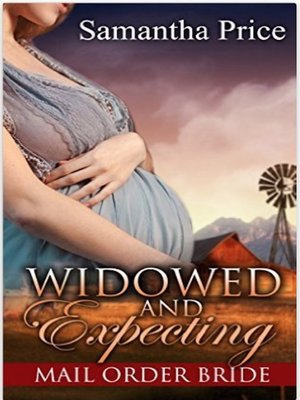 FictionWestern
Tired of his mother constantly nagging him to marry, Dustin Wright knew there was only one thing to do. He'd find a wife that his mother would not approve of. That would serve her right for constantly meddling! When he picked up one of the Matrimonial News issues that his mother left lying around, his eyes fell on the words 'expecting a child,' Dustin knew he'd found his future wife. Not only would his mother be annoyed that the unborn child was not a relative, but he could also carry on with the life he'd been living while his new wife was busy with the child. Charity was recovering from the sudden death of her husband. With little money and no prospects, Charity hoped to move West. She placed an advertisement for a husband, and prayed that a kind, mature man that both she and her unborn child could rely upon, would reply. How long after moving to Dodge City will Charity realize what Dustin is up to? What will Dustin do when his plan begins to unravel? Why is it that his mother now seems taken with Charity after a rocky start? Could Dustin have met his match in more ways than one?
FictionWestern

Samantha is the author of over seventy Amish Romance and Amish Mystery books. Many of her books have hit the number one best-seller spot. She writes stories of love intermingled with emotions, spiritual growth, and her characters' personal journey...

More about Samantha Price
Widowed and Expecting
Copy and paste the code into your website.
New here? Learn how to read digital books for free