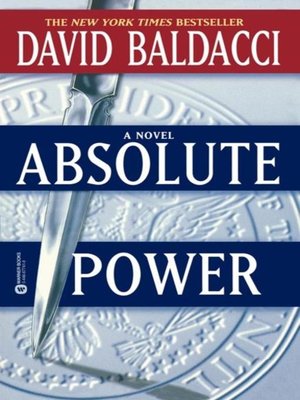 FictionMysteryThriller
When burglar Luther Whitney breaks into a Virginia mansion, he witnesses a brutal crime involving the president—a man who believes he can get away with anything—and now, Luther may be the only one who can stop him in this #1 New York Times bestselling thriller.
In a heavily guarded mansion in the Virginia countryside, professional burglar and break-in artist Luther Whitney is trapped behind a two-way mirror. What he witnesses destroys his faith not only in justice, but in all he holds dear.
What follows is an unthinkable abuse of power and criminal conspiracy, as a breathtaking cover-up is set in motion by those appointed to work for one of the most important people in the world—the President of the United States.
FictionMysteryThriller

More about David Baldacci
Absolute Power
Copy and paste the code into your website.
New here? Learn how to read digital books for free