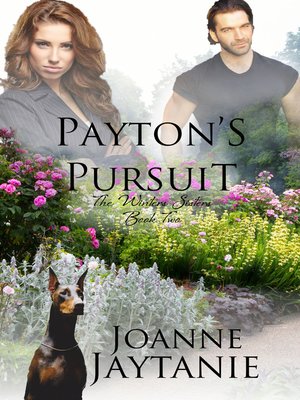 FantasyFictionRomanceSuspense
Will Payton's pursuit of truth be her last?Payton Winters is thrust into the position of CEO of The Winters Corporation after the sudden death of her parents. But the challenge of her new role is nothing compared to coping with her evolving enhanced abilities. Payton can ground those who possess psychic powers—some of whom have taken refuge at the Winters Corporation. Now she has unwillingly become a mental anchor for a man she wants no part of, Collin McBain. While on a routine mission, Collin is drugged, tortured, and injected with wolf DNA. Believed dead, he is secretly assigned to the Winters Campus; his only road back to life is through Payton.Faced with her new roles, Payton realizes her life is based on half-truths. Now she's compelled to pursue her mother's research to understand why she and her two sisters were genetically altered before birth. Payton's pursuit embroils her in a world of secrets, lies, kidnapping, and murder, but her future depends on deciphering the lies of the past.
FantasyFictionRomanceSuspense

Joanne was born and raised in Sherburne, New York, a quaint village surrounded by dairy farms and rolling hills. From the moment she could read she wanted to explore the world. During her college years she slowly crept across the country, stopping...

More about Joanne Jaytanie
Payton's Pursuit
Copy and paste the code into your website.
New here? Learn how to read digital books for free