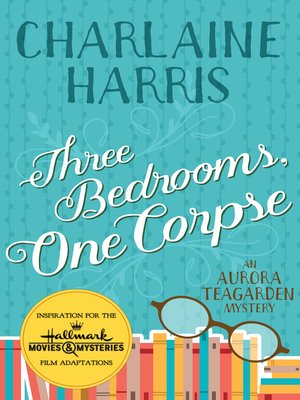 FictionMystery
Author of the books that inspired True Blood on HBO and Midnight, Texas on NBC
After inheriting a modest fortune, Aurora Teagarden decides to try her hand at being a real estate agent, working at her mother's agency. Her first assignment is to show a local mansion to dashing newcomer Martin Bartell. But when they discover the body of a rival real estate agent in the master bedroom, Roe quickly realizes her new profession is more dangerous — and exciting — that she ever imagined.
Roe begins her own investigation of the murder, even as sparks fly between her and Bartel. When a second real estate agent is found murdered, Roe suspects the killer may be closer than she thought. She will have to use her natural sleuthing skills to unmask the murderer before another empty house for sale becomes a crime scene.
From #1 New York Times bestselling author Charlaine Harris comes an unforgettable cast of charming characters and an intriguing puzzle to solve. Real Murders, A Bone to Pick, Three Bedrooms, One Corpse and the rest of the Aurora Teagarden mysteries have been adapted into film for Hallmark Movies & Mysteries.
FictionMystery

More about Charlaine Harris
Three Bedrooms, One Corpse
Copy and paste the code into your website.
New here? Learn how to read digital books for free