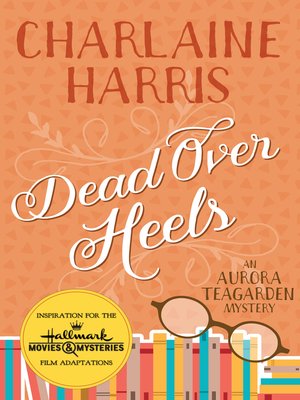 FictionMystery
Author of the books that inspired True Blood on HBO and Midnight, Texas on NBC
Aurora Teagarden surprises even herself with how quickly she's settled in to domestic bliss with her new husband, Martin. But when the body of Roe's nemesis, Detective Jack Burns, drops from an airplane to land in her yard, Roe once more finds herself involved in a mysterious death.
It isn't long before Roe realizes that strange things are happening to those around her, including anonymous "gifts" appearing at her home. Suspecting that everything is somehow related, Roe digs for her own answers before someone else winds up dead. She'll have to investigate everyone she knows, and the truth she uncovers will change her life forever.
#1 New York Times bestselling author Charlaine Harris is back with another delightful whodunit and a cast of memorable characters. The Aurora Teagarden mysteries have been adapted into film for Hallmark Movies & Mysteries.
FictionMystery

More about Charlaine Harris
Dead Over Heels
Copy and paste the code into your website.
New here? Learn how to read digital books for free