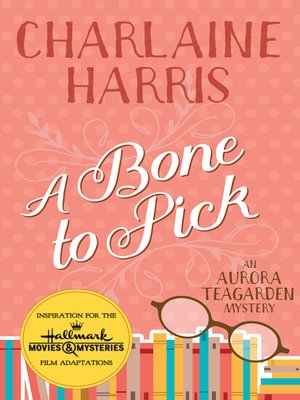 A Bone to Pick

FictionMystery
Author of the books that inspired True Blood on HBO and Midnight, Texas on NBC
After attending three weddings in less than a year, including her ex-boyfriend's, Aurora Teagarden feels stuck in a rut. Then Jane Engle, an elderly member of the recently disbanded Real Murders club, dies and unexpectedly leaves her house and considerable estate to Roe But Roe soon realizes that her inheritance includes a tangled mystery in need of unravelling.
Her new home comes with a surprise: a human skull concealed inside a window seat. Was Jane a killer? Hoping to put her fears to rest, Roe hides the skull and secretly begins investigating the most likely suspects, her new neighbors. Sleuthing is easier said than done while dodging questions from both her new love interest and her discerning police detective ex. But there's an unsolved murder, and Roe's determined to identify both the victim and the murderer before it happens again.
With a plucky, charming main character, the clever second installment of the Aurora Teagarden mystery series from #1 New York Times bestselling author Charlaine Harris is a delightful mystery that will keep readers guessing to the end. Real Murders, A Bone to Pick, Three Bedrooms, One Corpse and the rest of the Aurora Teagarden mysteries have been adapted into film for Hallmark Movies & Mysteries.
FictionMystery

More about Charlaine Harris
A Bone to Pick
Copy and paste the code into your website.
New here? Learn how to read digital books for free