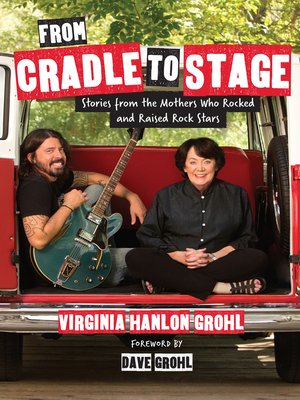 From Cradle to Stage

Stories from the Mothers Who Rocked and Raised Rock Stars

While the Grohl family had always been musical—the family sang together on long car trips, harmonizing to Motown and David Bowie—Virginia never expected her son to become a musician, let alone a rock star. But when she saw him perform in front of thousands of screaming fans for the first time, she knew that rock stardom was meant to be for her son. And as Virginia watched her son's star rise, she often wondered about the other mothers who raised sons and daughters who became rock stars. Were they as surprised as she was about their children's fame? Did they worry about their children's livelihood and wellbeing in an industry fraught with drugs and other dangers? Did they encourage their children's passions despite the odds against success, or attempt to dissuade them from their grandiose dreams? Do they remind their kids to pack a warm coat when they go on tour?

Virginia decided to seek out other rock star mothers to ask these questions, and so began a two-year odyssey in which she interviewed such women as Verna Griffin, Dr. Dre's mother; Marianne Stipe, Michael Stipe of REM's mother; Janis Winehouse, Amy Winehouse's mother; Patsy Noah, Adam Levine's mother; Donna Haim, mother of the Haim sisters; Hester Diamond, Mike D of The Beastie Boys' mother.
With exclusive family photographs and a foreword by Dave Grohl, From Cradle to Stage will appeal to mothers and rock fans everywhere.

From Cradle to Stage
Copy and paste the code into your website.
New here? Learn how to read digital books for free