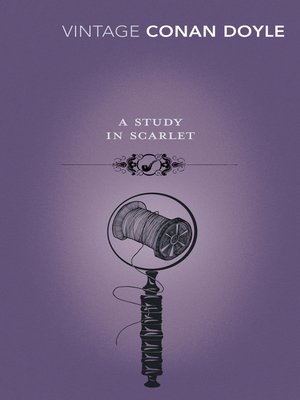 Discover the first classic Sherlock Holmes novel in this stunning edition, featuring an introduction from Mark Billingham. The is edition also features the short story 'A Scandal in Bohemia'.

When Dr Watson ends up renting rooms in Baker Street with the eccentric Sherlock Holmes he finds that he has let himself in for a great deal more than he imagined. He is called upon to help the budding detective solve a perplexing mystery, involving a dead body found in a locked room. Although the body shows no signs of having been attacked Holmes is convinced that a murder has been committed. As Watson looks on, he uses his exceptional powers of deduction to unravel a case that involves both kidnapping and thwarted love.