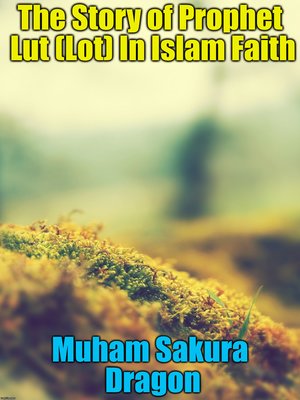 The Story of Prophet Lut (Lot) In Islam Faith

In the past, scholars have stated that these particular prophets represent the early cycle of prophecy as described in the Quran. The prophet would be sent to his community; the community would pay no attention to his warning and would instead threaten him with punishment; after years of preaching, God would ask the prophet to leave his community and his people would be subsequently destroyed in a punishment.

Scholars interpret the listing of the five prophets to be chronological, with Noah being the only prophet in the list who preached before the Great Flood. Lot is also mentioned alongside Ishmael, Elisha and Jonah as men whom God favored above the nations.

Prophet Lut known as Lot in the Old Testament, is a prophet of God in the Quran. He also appears in the Bible, but the biblical stories of Lot are not entirely accepted within Islam.

According to Islamic tradition, Lot lived in Ur and was the son of Haran and nephew of Abraham. He migrated with Abraham to Canaan. He was commissioned as a prophet to the cities of Sodom and Gomorrah.

The Story of Prophet Lut (Lot) In Islam Faith
Copy and paste the code into your website.
New here? Learn how to read digital books for free