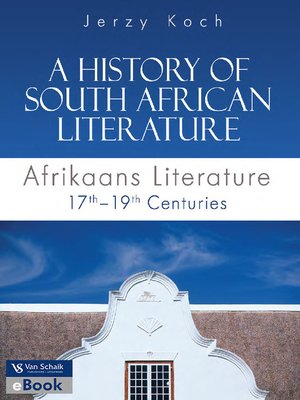 A History of South African Literature

An important expansion and regeneration of Afrikaans historiography within the context of South African literary history. Three broad historical periods are covered: the Dutch colonial time (1652-1795), British colonial time (first part of the 19th century) and the time of the language movements (latter half of the 19th century). Follows an inclusive approach, discussing and contextualising a wide variety of documents.Contents include the following:

A History of South African Literature
Copy and paste the code into your website.
New here? Learn how to read digital books for free