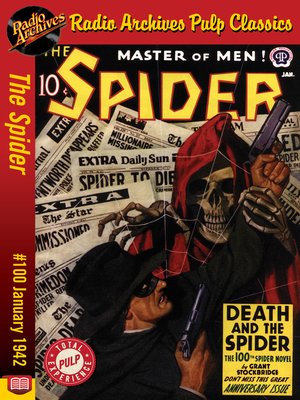 Death and the Spider · The Spider

When Death walks the earth like a man," said Mar-lar-delan, ancient lama of Tibet, to Richard Wentworth, "you, my son—will die!" And truly, the forces of evil combined to overwhelm society—led by a man called... Death!... while the Spider, already declared to be a corpse, sought to prove that only the dying could defeat the King of the Dead!

The Spider #100
Copy and paste the code into your website.
New here? Learn how to read digital books for free