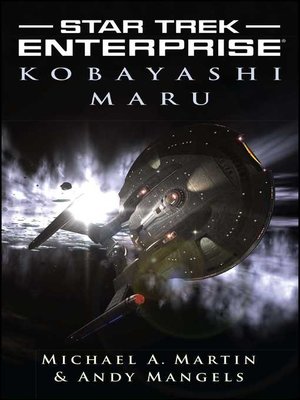 To protect the cargo ships essential to the continuing existence of the fledgling Coalition of Planets, the captains of the United Earth's Starfleet are ordered to interstellar picket duty, with little more to do than ask "Who goes there?" into the darkness of space.

Captain Jonathan Archer of the Enterprise™ seethes with frustration, wondering if anyone else can see what he sees. A secret, closed, militaristic society, convinced that their survival hangs by a thread, who view their neighbors as a threat to their very existence -- the Spartans of ancient Greece, the Russians of the old Soviet Union, the Koreans under Kim Il-sung -- with only one goal: attain ultimate power, no matter the cost. The little-known, never-seen Romulans seem to live by these same principles.

The captain realizes that the bond between the signers of the Coalition charter is fragile and likely to snap if pushed. But he knows that the Romulans are hostile, and he believes they are the force behind the cargo ship attacks. If asked, Archer can offer no proof without endangering his friend's life.

To whom does he owe his loyalty: his friend, his world, the Coalition? And by choosing one, does he not risk losing all of them? What is the solution to a no-win scenario?

More about Andy Mangels
Kobayashi Maru
Copy and paste the code into your website.
New here? Learn how to read digital books for free