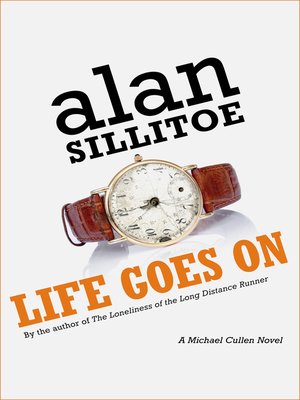 A laugh-out-loud adventure novel starring bestselling author Alan Sillitoe's most outrageous character: the happy bastard Michael Cullen.
For most of his life, Michael Cullen was a twenty-two-carat no-good bastard, and he was quite proud of it. But after a series of outlandish criminal adventures revealed the true identity of his father, Michael made the mistake of introducing him to dear old ma. His parents wed, and Michael was a bastard no more. But he was still a rake, with a devilish sense of humor and a refreshing lack of scruples.

After a disastrous escapade smuggling gold for the ruthless gangster Claude Moggerhanger, Michael resolves to go straight. But when he learns his father is writing Lord Moggerhanger's memoirs, he falls into old habits, if only for a chance to get behind the wheel of the gangster's Rolls Royce. With the open road in front of him, the police behind him, and randy waitresses at every lay-by, Michael will be a happy bastard once again.

From the bestselling author of The Loneliness of the Long-Distance Runner, Life Goes On continues the legend of one of Britain's most unlikely heroes, which began in the classic picaresque A Start in Life. Whether chasing love, money, sex, or even peace and quiet, there is nothing Michael Cullen can't make into an adventure.

Life Goes On is the 2nd book in the Michael Cullen Novels, but you may enjoy reading the series in any order.

More about Alan Sillitoe
Life Goes On
Copy and paste the code into your website.
New here? Learn how to read digital books for free