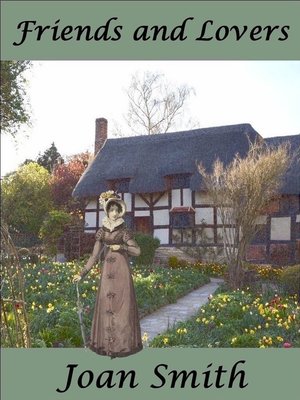 Wendy Harris's niece and nephew were orphaned when her sister and her husband drowned in India. Now they were coming to England and Wendy hoped to be their guardian. But their uncle was a powerful lord, Menrod, who was arrogant and a tyrant. Wendy chose to challenge him for custody, though she had little money, and when she met the children had some doubts. Regency Romance by Joan Smith writing as Jennie Gallant; originally published by Fawcett Coventry

Friends and Lovers
Copy and paste the code into your website.
New here? Learn how to read digital books for free