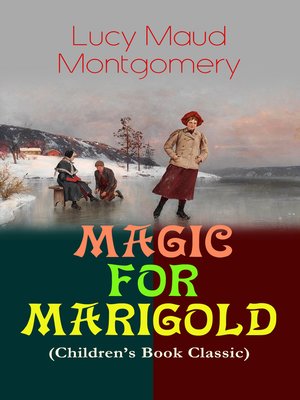 Adventure Novel (Including the Memoirs of Lucy Maud Montgomery)

Juvenile FictionJuvenile Literature
This carefully crafted ebook: "MAGIC FOR MARIGOLD (Children's Book Classic)" is formatted for your eReader with a functional and detailed table of contents. Marigold Lesley is an imaginative young girl whose father died before she was born. She grew up at her paternal relatives' estate, Cloud of Spruce. Marigold's family includes her loving mother, steely Young Grandmother, shrewd Old Grandmother, her Uncle Klondike who is a former sailor, and her Aunt Marigold, a doctor who saved Marigold's life as a baby. These people made Marigold's life mostly pleasant and carefree, but she nonetheless had her share of adventures, fancies and troubles, many related to the peculiar environment she grew up in. The book relates Marigold's seemingly incurable jealousy of her father's first wife, Clementine, an encounter with a Russian princess, several attempts to be "good"' and a surprising cooking triumph. Content: MAGIC FOR MARIGOLD THE ALPINE PATH: THE STORY OF MY CAREER (Memoirs of Lucy Maud Montgomery) Lucy Maud Montgomery (1874-1942) was a Canadian author best known for a series of novels with Anne of Green Gables, an orphaned girl, mistakenly sent to a couple, who had intended to adopt a boy. Anne novels made Montgomery famous in her lifetime and gave her an international following. The first novel was followed by a series of sequels with Anne as the central character. Montgomery went on to publish 20 novels as well as 530 short stories, 500 poems, and 30 essays. Most of the novels were set in Prince Edward Island, and locations within Canada's smallest province became a literary landmark and popular tourist site.
Juvenile FictionJuvenile Literature

Magic For Marigold (Children's Book Classic)
Copy and paste the code into your website.
New here? Learn how to read digital books for free