The Way of the Sword 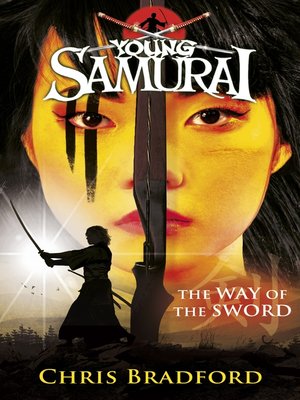 Young Samurai: The Way of the Sword is the second book in this blockbuster series by Chris Bradford
One year of training in samurai school and Jack Fletcher is in real trouble . . . Not only is he struggling to prepare for the Circle of Three, an ancient ritual that tests a samurai's courage, skill and spirit to the limit, he's caught in a running battle with fellow student Kazuki and his gang.
But these are the least of Jack's problems. He knows his deadly rival - the ninja Dragon Eye - could strike at any moment. Jack possesses the very thing he will kill for.
Can Jack master the Way of the Sword in time to survive a fight to the death?
'A fantastic adventure that floors the reader on page one and keeps them there until the end' - Eoin Colfer
***You can learn more about Chris Bradford and his books at www.youngsamurai.com.***

Historical Fiction Young Adult Fiction
The Way of the Sword