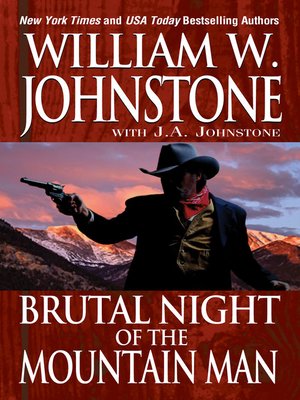 Brutal Night of the Mountain Man

FictionWesternThrillerHistorical Fiction
THE GREATEST WESTERN WRITERS OF THE 21ST CENTURY

ON THE RUN FROM THE LAWKate Coldane has sweated blood for this saloon, and she won't let it go down without a fight. Silas Atwood may be the richest rancher in Hudspeth County, but that doesn't give him the right to push her around. When Atwood sends one of his goons to cause trouble at her watering hole, Kate's son Rusty guns him down. It may have been self defense, but Atwood is the law, and that means Rusty has to run.

THE LAW'S GOT NOTHING ON JUSTICE
Rusty flees to the home of his uncle, Pearlie, who straps on his six-gun, intending to return to Hudspeth County and clear his nephew's name. But Smoke Jensen, the mountain man, won't let his friend ride into certain death. With a handful of brave souls, Smoke storms the town, ready to wage war against more than two dozen of Atwood's blood hungry killers. Drunk with power and afraid of no man, Silas Atwood believes Smoke Jensen can be stopped with brute force alone.

More about William W. Johnstone
Brutal Night of the Mountain Man
Copy and paste the code into your website.
New here? Learn how to read digital books for free