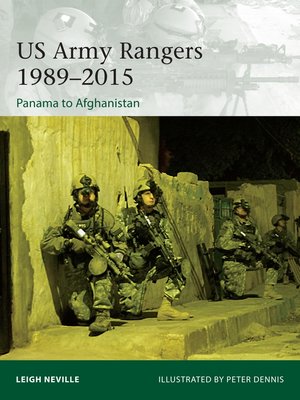 Written by an expert on modern Special Forces units and the operations they undertake, this book explains the evolution of the Rangers' missions in Panama, the first Gulf War, Somalia and the post 9/11 invasions of Iraq and Afghanistan. It reveals the training and organizational changes that the unit has undergone and investigates in particular how their doctrine and tactics have changed during the 14-year war in Afghanistan.
At the beginning of the war the Rangers were an elite light infantry unit of picked men tasked with short duration recon raids and securing ground behind enemy lines in support of Special Forces; they have since evolved into a special-mission unit themselves – on the cusp of being assigned to the Joint Special Operations Command.