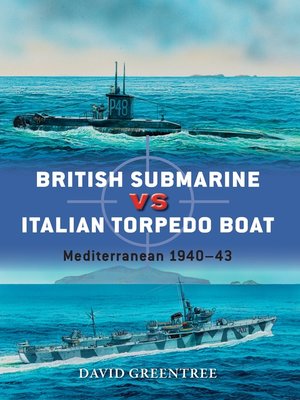 As the war in North Africa escalated, Axis war efforts became increasingly dependent on supply lines across the Mediterranean. To try to cut off these lines of supply the British deployed submarines from the besieged island of Malta with the directive to sink as much merchant convoy tonnage as possible. Italy responded by sending her Torpedo boats to protect and escort Axis convoys.
Featuring specially commissioned full-colour artwork and carefully chosen archive photographs, this engaging study assesses the evolving battle between Britain's submarines and Italy's torpedo boats in the struggle for primacy in the Mediterranean at the height of World War II.