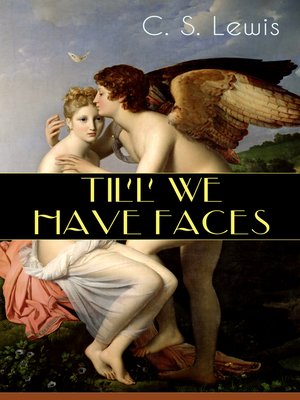 Till We Have Faces

Cupid & Psyche – The Story Behind the Myth

FantasyFictionMythologyHistorical Fiction
This carefully crafted ebook: "TILL WE HAVE FACES" is formatted for your eReader with a functional and detailed table of contents. Till We Have Faces: A Myth Retold is a retelling of a story about Cupid and Psyche. This story had haunted Lewis all his life, because he realized that some of the main characters' actions were illogical. As a consequence, his retelling of the story is characterized by a highly developed character, the narrator, with the reader being drawn into her reasoning and her emotions. This was his last novel, and he considered it his most mature, written in conjunction with his wife, Joy Davidman. The first part of the book is written from the perspective of Psyche's older sister Orual, as an accusation against the gods. The story is set in the fictive kingdom of Glome, a primitive city-state whose people have occasional contact with civilized Hellenistic Greece. In the second part of the book, the narrator undergoes a change of mindset (Lewis would use the term conversion) and understands that her initial accusation was tainted by her own failings and shortcomings, and that the gods are lovingly present in humans' lives. Clive Staples Lewis (1898-1963) was a British novelist, poet, academic, medievalist, lay theologian and Christian apologist. He is best known for his fictional work, especially The Screwtape Letters, The Chronicles of Narnia, and The Space Trilogy, and for his non-fiction Christian apologetics, such as Mere Christianity, Miracles, and The Problem of Pain.
FantasyFictionMythologyHistorical Fiction

Till We Have Faces
Copy and paste the code into your website.
New here? Learn how to read digital books for free