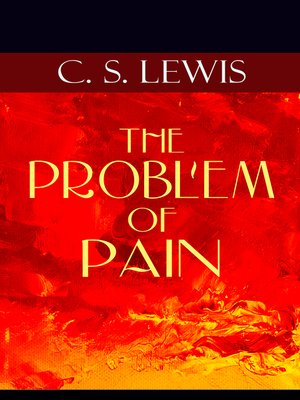 The Problem of Pain

Religion & SpiritualitySelf-ImprovementNonfiction
This carefully crafted ebook: "THE PROBLEM OF PAIN" is formatted for your eReader with a functional and detailed table of contents. The Problem of Pain is a book concerned, to one degree or another, with refuting popular objections to Christianity, such as the question, "How could a good God allow pain to exist in the world?" The book addresses an important aspect of theodicy, an attempt by one Christian layman to reconcile orthodox Christian belief in a just, loving and omnipotent God with pain and suffering. Some have felt that it is useful to read it together with A Grief Observed, Lewis' reflections on his own experiences of grief and anguish upon the death of his wife. In addition to dealing with human pain, however, the book also contains a chapter entitled "Animal Pain," demonstrating not only the fact that Lewis cast his net wider than human suffering, but also a reflection on a lifelong love of animals. Clive Staples Lewis (1898-1963) was a British novelist, poet, academic, medievalist, lay theologian and Christian apologist. He is best known for his fictional work, especially The Screwtape Letters, The Chronicles of Narnia, and The Space Trilogy, and for his non-fiction Christian apologetics, such as Mere Christianity, Miracles, and The Problem of Pain.
Religion & SpiritualitySelf-ImprovementNonfiction

The Problem of Pain
Copy and paste the code into your website.
New here? Learn how to read digital books for free