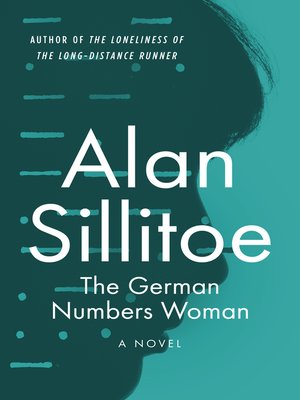 A suspense novel of drugs, love, cyphers, and sailors from the bestselling author of The Loneliness of the Long-Distance Runner.

A blind Royal Air Force veteran becomes entangled in a high-seas heroin heist in this gripping adventure from one of Britain's most renowned postwar writers. Though Henry cannot see, he is able to view the world through the radio waves, eavesdropping on global affairs and secret transmissions with his mastery of Morse code. But when Henry becomes obsessed with the voice of a female sailor and her mysterious communications with her lover, his own relationship begins to dissolve.

Henry's doting wife, Laura, tries to bring her husband back to their provincial reality by introducing him to Richard, a fellow code-breaking buff. However, the attempt to solve their marital problems backfires when Richard's dealings in the black market send the female sailor on a dangerous drug run and Henry sets off on a madcap mission to save her.

From British working-class life to intercepted Interpol reports, bestselling author Alan Sillitoe takes readers on a suspenseful ride into a sea of crime and corruption, love and heroism—one that is masterfully punctuated with dots and dashes.

More about Alan Sillitoe
The German Numbers Woman
Copy and paste the code into your website.
New here? Learn how to read digital books for free