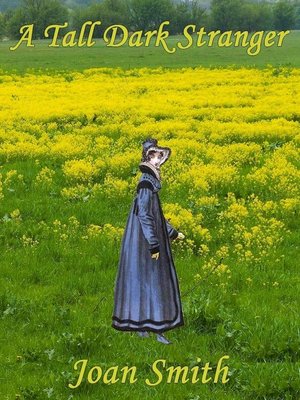 Amy Talbot enjoys doing watercolors of plants, but when her brother discovers a body in the water meadow she is dismayed. There are several strangers around Chilton Abbas, and Mr. Renshaw with his bamboozling tales of India, seems a rather suspect one. His interest in Amy (with her large dowry) also seems suspect. But she finds herself attracted to him, nonetheless... Regency Romance by Joan Smith; originally published by Fawcett Crest

A Tall Dark Stranger
Copy and paste the code into your website.
New here? Learn how to read digital books for free