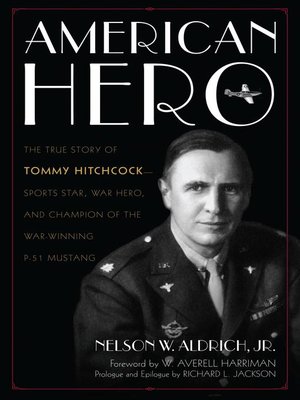 The True Story of Tommy Hitchcock—Sports Star, War Hero, and Champion of the War-Winning P-51 Mustang

Biography & AutobiographyHistoryMilitaryNonfiction
Born to wealth, adventuresome in spirit, shrewd in business, gallant in war, and a beau ideal of his class, Tommy Hitchcock was the epitome of the American hero, a legend even in his own time. To Scott Fitzgerald, Tommy embodied the ideal of the aristocratic man of action, basing two of his characters loosely on Tommy.
Tommy joined the Lafayette Escadrille during WWI at the age of 17. He was shot down, captured by the Germans, and then made a dramatic escape to Switzerland. Within a few years after the war, he had become one of the stars of the "Golden Age of Sport." In the 20s and 30s, Tommy dominated polo more decisively than Bobby Jones did golf or Babe Ruth did baseball.
Settling in New York with his growing family, he became an investment banker and threw famous parties in Great Neck, Long Island, which attracted the rich and famous as well as celebrities such as Scott and Zelda Fitzgerald. Always impecunious, the Fitzgeralds were easy to attract to a lavish party, but not so easy to convince to leave.
When America entered WWII, Tommy re-entered the service, but was told he was "too old" for combat flying. He became the biggest booster of the new P-51, then in development, becoming instrumental in convincing the Army to build it to protect Flying Fortresses on their bombing raids over Germany. We were losing hundreds of the heavy bombers to Luftwaffe Messerschmitt's because we didn't have a fighter that could reach Germany with the bombers. The P-51 was a game-changer. Hermann Goering, commander of the Luftwaffe, told his American interrogators after the war that when he saw P-51s flying unopposed in the skies over Berlin, he knew the gig was up and Germany would lose the war.
Tragically, on April 18, 1944, Tommy died test-flying one of the new P-51s in England. He will forever be an American hero.
Biography & AutobiographyHistoryMilitaryNonfiction

Nelson W. Aldrich, Jr. is a writer and editor who currently lives in Boston. He was for a time the Paris editor of The Paris Review, and has published articles on a variety of subjects including art, politics, and education in magazines such as Vo...

More about Richard L. Jackson
American Hero
Copy and paste the code into your website.
New here? Learn how to read digital books for free