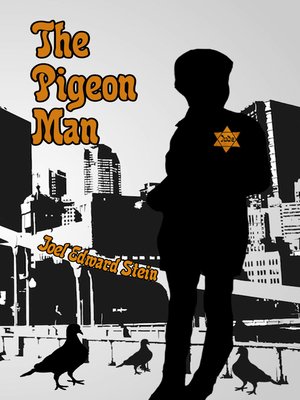 Juvenile FictionJuvenile LiteratureHistorical Fiction
What happens when an unlikely threesome is thrown together by circumstance? Fate intervenes and three lives are changed forever. Danny Simon, a 13 year old Jewish refugee, lost his entire family in Poland to the Holocaust. Now he must adapt to a new life in America — with an aunt and uncle he never met. It is not easy for him. Images of his horrifying ordeal often come to visit him at night. And he must contend with neighborhood bullies. But his life takes a turn in a different direction when he tries to rescue a wounded pigeon. That's when he meets Mike Delaney; a man whose past is filled with secrets. And so, a Jewish refugee, a battle weary war veteran, and a wounded pigeon form an unlikely bond. Together they will learn valuable lessons from one another. And together they must find a way to heal old wounds. Only then can they begin life anew.
Juvenile FictionJuvenile LiteratureHistorical Fiction

Joel began writing professionally at a later age. At first, he wrote short non-fiction articles for Black Belt Magazine and Inside Kung Fu. And then it was on to test passage writing for CTB McGraw-Hill. Later, (it took a while) he was able to get...

More about Joel Edward Stein
The Pigeon Man
Copy and paste the code into your website.
New here? Learn how to read digital books for free