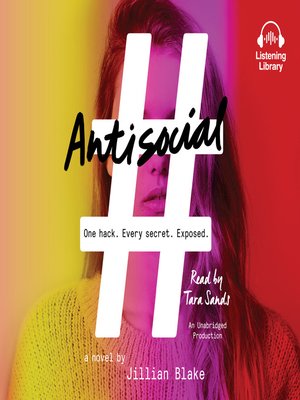 Juvenile FictionJuvenile LiteratureScience FictionSuspense
What if your greatest secrets became public? For the students at Alexandria Prep, a series of hacks leads to a scandalous firestorm—and the students are left wondering whose private photos and messages will be exposed next. It's Pretty Little Liars meets WikiLeaks.
Senior spring at Alexandria Prep was supposed to be for sleeping through class and partying with friends. But for Anna Soler, it's going to be a lonely road. She's just been dumped by her gorgeous basketball star boyfriend—with no explanation. Anna's closest friends, the real ones she abandoned while dating him, are ignoring her. The endearing boy she's always had a complicated friendship with is almost too sympathetic.
But suddenly Anna isn't the only one whose life has been upended. Someone is determined to knock the kings and queens of the school off their thrones: one by one, their phones get hacked and their personal messages and photos are leaked. At first it's funny—people love watching the dirty private lives of those they envy become all too public.
Then the hacks escalate. Dark secrets are exposed, and lives are shattered. Chaos erupts at school. As Anna tries to save those she cares about most and to protect her own secrets, she begins to understand the reality of our always-connected lives:
Sometimes we share too much.

Antisocial
Copy and paste the code into your website.
New here? Learn how to read digital books for free